The Swimmers of SA Make a Splash 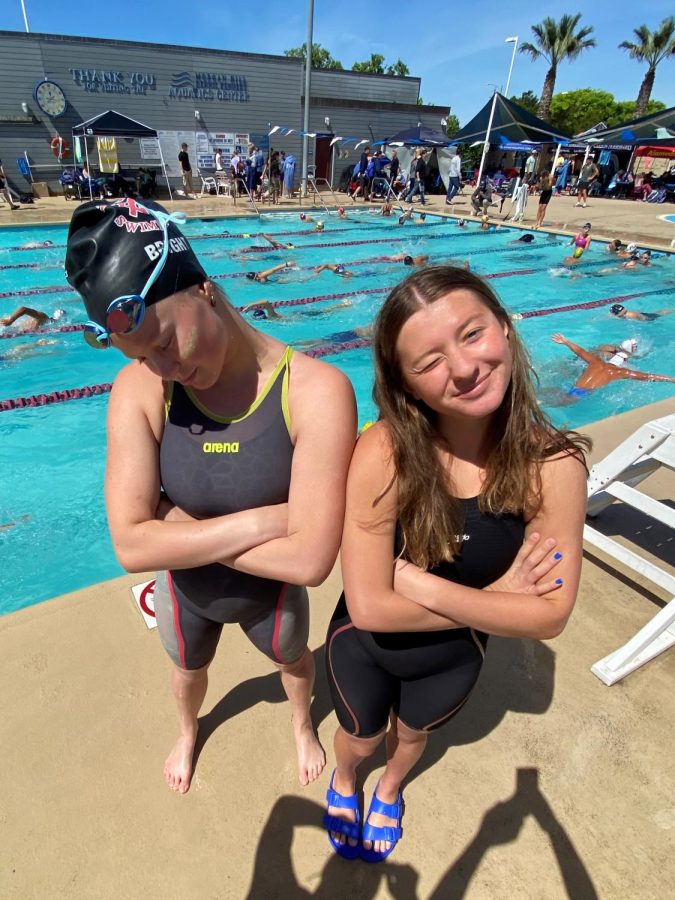 Karabelov at the Far Western Championships

There are many competitive swimmers here at Sonoma Academy, including sophomore Lily Overstreet and junior Dohna Karabelov. In addition to all their academic and extracurricular activities, they both put in numerous hours of practice every week to prepare themselves for competition.

Overstreet has been swimming since she was only one or two years old, but she started swimming competitively in the fourth grade. She used to participate in gymnastics, but then got inspired to swim by her brother, senior Bruno Overstreet, and kept with it.

Her favorite swimming stroke is the breaststroke, which she enjoys because that is the stroke she can do best. Her least favorite is the butterfly stroke because it makes her feel like she is drowning. Her favorite event to participate in is the 100 breaststroke. Her least favorite is the 20-laps freestyle event because she does not consider herself to be good at long-distance swimming.

Overstreet’s official best time was in a September meet. She earned a time of one minute and 13 seconds in the 100 breaststroke, but she has earned better times in non-official events. She has been to finals in breaststroke events and has won heat before. One of her fondest memories was at a practice when her coach wanted to see if anyone knew how to do a backflip into the water, but no one could do so without mildly hurting themselves.

Karabelov has been swimming for twelve years now. She began her swimming career because her parents wanted her to learn basic swimming skills to keep her from drowning. While learning, she discovered that she enjoyed swimming and chose to do so competitively. Karabelov’s favorite stroke is the breaststroke because, like Overstreet,  it is the one that she can do best. Her least favorite, also like Overstreet,  is the butterfly stroke because it’s the hardest for her. Karabelow’s favorite event to participate in is the 100 breaststroke because it is the shortest event. Her least favorite event to compete in is the 500 free because she is not a fan of long distance swimming. Karabelov’s best time that she can recall is a 1:06.9 in the 100 breaststroke event. She has also won the 200 breast event in the finals in Far Western.

To prepare for competitions, Karabelov swims 18 hours a week, in addition to “dry land” training, which involves workouts with weights. Her training schedule requires her to be in the water before school every day as early as 6 a.m., and then again most days after school as well.

For both athletes, the long hours of work and sacrifice pay off by helping them excel at a sport they love.