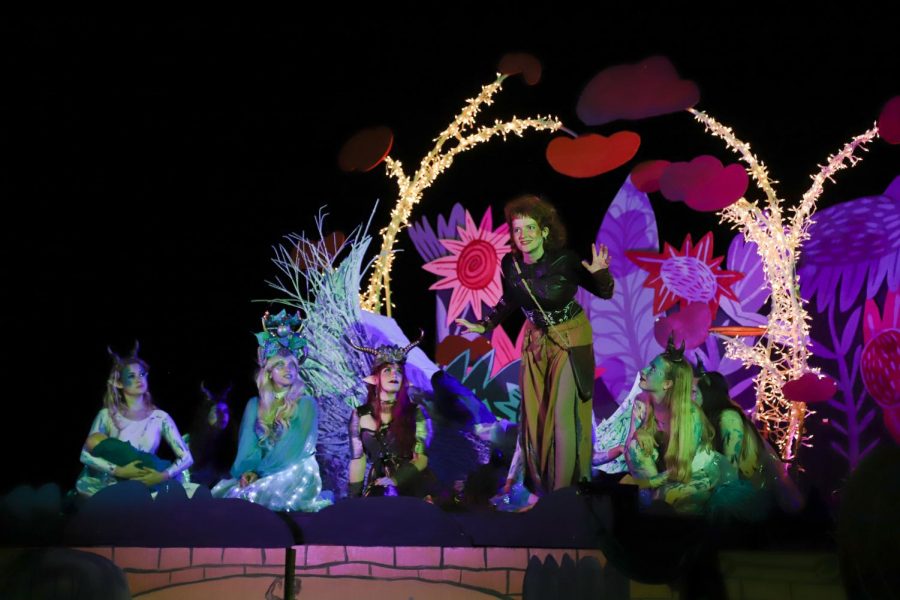 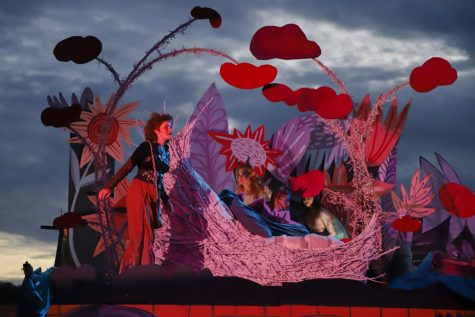 Junior Mae McCarthy is Sonoma Academy’s mastermind behind the 2021 set of A Midsummer Night’s Dream. McCarthy has helped paint and design theater sets since middle school and participated in the Set Design Intersession her freshman year. “I have always kind of made things, just never on quite such a big scale as I have here,” she said. McCarthy also did much of the design and puppetry for Little Shop of Horrors her sophomore year, creating the “Audrey II” mechanical monster plant from scratch.

Speaking about her creative process, McCarthy emphasized the importance of collaboration. Before the fabrication of her designs begins, she must talk to Theatre Arts Director Jenifer Coté to get her ideas approved, which includes a great deal of back and forth with plans. Preproduction can take between one and two months to get everything fleshed out, and then making everything that is going to be installed lasts about another two months.

Once her plans have been approved, she works with junior Raphael McGlynn and Shop Steward Bruce Lackovic to start the building process. The process for A Midsummer Night’s Dream faced challenges due to shifting venues. “The show was going to be in the amphitheater, then the Fitz, then the front of the GAC, so there were definitely a lot of adaptations we had to do throughout the process,” said McCarthy.

McCarthy’s rendition of the Midsummer design was inspired by American artist, animator, and designer Mary Blair. She was an artist for Disney in the 60s, and worked on “It’s a Small World,” and “Alice in Wonderland,” which McCarthy explained is why the set looked like a fantasy land. McCarthy stated, “I have always loved Mary Blair, and I made ‘It’s a Small World’ in my room in fifth grade. I’ve always been very inspired by her.”

Starting on the design of Midsummer her freshman year, she went for an impressionistic, fantastical theme, much along the lines of the work of Blair. McCarthy was tasked with creating a practical set that could go up quickly, but she did not leave out any of the magic that had been two years in the making. “It has been a work in progress for going-on two years now, so it is very satisfying to see it be done,” McCarthy said.

McCarthy’s favorite part of set design is seeing the entire thing come together as a finished product. She stated, “Getting it done is wonderful but I really love the early beginning stages and being super excited about what I am designing. All of it is fun but I especially love the beginning and the end.”

When asked about her preference for certain color palettes, McCarthy stated, “Some people think I am color blind, but I am actually just very specific with colors. I have favorite shades of different colors. For example, I have a favorite shade of green that I use in all my artwork, and I transfer that to my set design. The color palette I use is instinctual. I really love color, and it’s whatever I think looks good together; there’s no color theory specifically.”

One of her favorite sets from a professional production is the one for Wicked, performed at the San Francisco Orpheum. “I like really fantastical things. I loved The Cursed Child, the Harry Potter show, and I loved the way they used magic there; I like seeing whimsy done in other sets, and magical components,” said McCarthy.

McCarthy has been described by Coté as “the next Walt Disney,” and continues to make visually stimulating sets that are an integral part of SA Theater production and design. 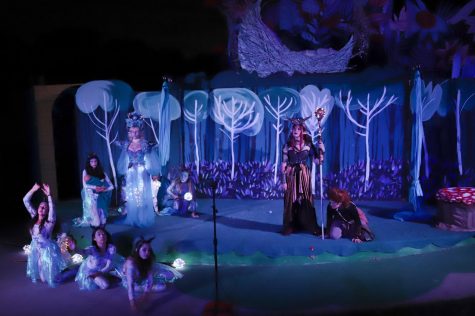 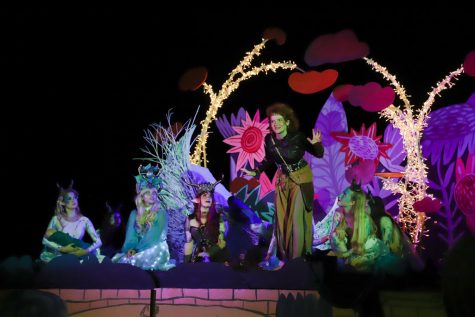