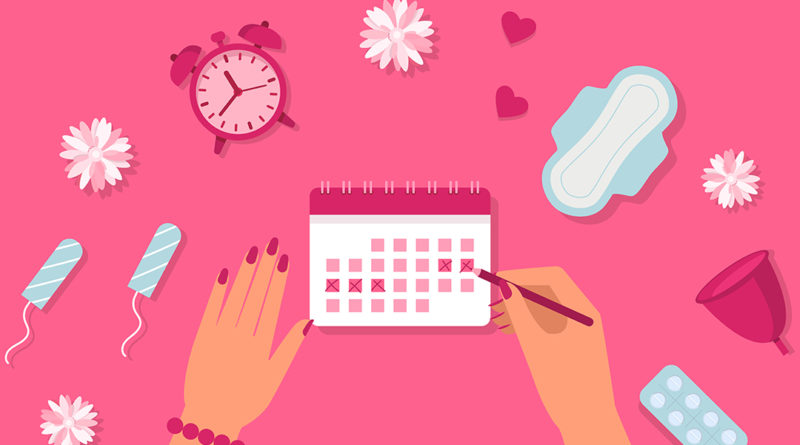 Menstrual health… Let’s talk about it. Some people may have a very impartial relationship with their menstrual cycle; they get their period relatively regularly, they don’t experience a lot of discomfort, and they shed a manageable amount. Some may not have one at all.

However, there are many menstruating humans that experience exactly the opposite. They are not strangers to debilitating cramps, unmanageable PMS symptoms, or stained mattresses. They have sat through classes unable to breathe from severe pain, missed their period for months on end, and have spent unspeakable amounts of money on sanitary products. The saddest part of all of it is that when they go see a doctor for help, they are diagnosed with “being a woman.” and are sent on their way.

In a survey taken of 27 seniors at Sonoma Academy that have been menstruating for more than two years (meaning that they got their first period two or more years ago), 96% percent report that they experience extreme PMS. When asked to rate the severity of their average menstrual cramp on a scale of 0-7 (0 being none, 7 being unbearable), more than 70% rated their pain at a 4 or higher. When asked if they have ever visited a doctor, every response looked something like one of the following:

The minimal education that we receive in middle and high school only reinforces the narrative that pain, emotional suffering, and irregular periods are not only normal, but are to be expected. This can not only push female bodied people to stay silent about their suffering, but also gives leeway for medical professionals to gaslight them.

Far too many people that suffer from menstrual cycle related complications are left frustrated and helpless. The combination of misinformation, poor health care, and cultural stigma all contribute to the debilitating symptoms that make this relatively regular bodily function unnecessarily unbearable. If you have ever had a problem with your period, regardless of whether or not it pertained to emotional or physical aspects of your health, you are all too familiar with the suggestion, “You could try birth control.” You may even have been told to lose weight, gain weight, eat more, or eat less. The most insulting one of all is the one where people are told to take iron supplements and drink milk. The sickest part? We are often brainwashed into thinking that this is the only option for care that there is.

This general lack of care for menstrual health is not only irritating, but is also incredibly hazardous. Heavy bleeding or severe cramping might get written a birth control prescription, while the cause of the symptoms could be chronic conditions such as endometriosis. Emotional distress and uncontrollable mood swings may be written off as depression or bipolar disorder, while the cause of the suffering is due to hormone imbalances. The misdiagnosis, or rather, lack of diagnosis, may leave the underlying condition untreated, therefore causing the problem to worsen and lead to further complications.

Nicole Bendayan, a cycle syncing nutritionist from Canada, works with menstruators to optimize their lives by understanding and caring for their body in correlation with their cycle. She seeks to educate female bodied humans on their unique anatomy. She is the founder of the “Sync Society,” a program that helps females overcome “the havoc caused by hormones and their cycle to turn it into a propeller of success by balancing hormones, supporting their bodies, and predicting their cycles through nutrition and lifestyle synchronization.”

Bendayan rejects the idea that suffering is “part of being a woman” and seeks out methods to help menstruators take control of their cycle and healthcare through a scientific and holistic approach. She found cycle syncing during her education in nutrition, and grew more interested in it through her own trials with modern healthcare. She went on birth control at 16, staying on it for almost a decade, and stated that the synthetic hormones took a toll on her body. She was given no information about how the medication worked or what it was doing to her.
Her journey inspired her to help females everywhere to identify their problems and find methods to help them that best suit their values. When speaking about common menstrual related symptoms, such as PMS, she often refers to the phenomena as “common, but not normal.” She makes the very important distinction between something being typical, and something being acceptable. While we may know many females who struggle with terrible PMS and pain, that does not make the occurrence of those events justifiable by any means.

Bendayan wants to solve this problem through education. She believes that menstrual cycles are a giant piece of a person’s health; however, they are almost always completely isolated from the equation. Instead of thinking about the reproductive system as part of the organ system, we think of it as an entirely other entity. This can lead to a profound amount of complications.

There is a relationship between Bedayan’s mission and social justice. When we neglect a bodily function almost soley experienced by those identifying as women, we are denying them the right to necessary healthcare based on sex. When we view a particular bodily function as ‘feminine,’ and not as a purely scientific event, we are leaving room for bias and mistreatment. The same reasons that we place luxury taxes on sanitary products, but not Band-Aids, may explain our medical care system’s unwillingness to look at female reproductive healthcare as an organ instead of a shameful part of one’s body. Running to the store to get tampons is not a feminine errand; it’s a medical necessity.

A Note from the Author:

This is not a plug for “hippy medicine,” or an attempt to get anyone off of birth control. I worked for the teen clinic, and am an avid supporter of successful contraceptive methods and believe that it can do a lot of good for one’s health problems. However, I am also an advocate for people having access to every option. No one should feel confined to one solution, especially when that solution might not be the best choice for them. I want to share this person’s work with our community because I believe that it deals with a problem that flies under the radar. For many of us, modern western medicine has failed, leaving nothing to take its place. This holistic and osteopathic method that Bandayan teaches and researches is one that I believe many students, and even faculty, in our community could use. Everyone deserves to understand their biological functions, especially when it’s those that have such a profound impact on their daily lives.

Bendayan is now offering a class to teach people about menstrual cycle science, cycle care, and nutritional needs. If you are not in a position to afford the program, her Instagram and TikTok are also incredible resources. On that note, I am in no place to recommend any birth control methods. Please do your own research and consult with a TRUSTED healthcare professional.