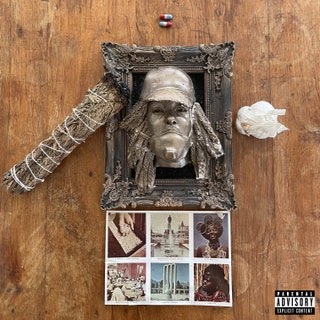 SICK! is Earl Sweatshirt’s 4th album and includes singles “2010”, “Tabula Rasa”, and “Titanic.”  Features include Zelooperz and Armand Hammer. With the album being only 24 minutes long and having 10 tracks, every song is carefully put together to build a smooth flow. Earl is consistent with his music style but in a way that doesn’t become repetitive but rather unique.

The construction of the album took place during the Covid quarantine and was inspired by the isolation and restlessness of that time. He told Billboard magazine, “Sick is my humble offering of 10 songs recorded in the wake of the worldwide coronavirus pandemic and its subsequent lockdowns. People were sick. The People were angry and isolated and restless. I leaned into the chaos ’cause it was apparent that it wasn’t going anywhere.”

Earl is able to take a genre and interpret it into his own signature sound, which is what makes his music so outstanding. I enjoyed how it was such a smooth listen and the way all the songs complemented each other. Each track stood out and was genuinely good. I don’t think this album is objectively a masterpiece or one of the best but it definitely is timeless.