From SA Student to COVID Coordinator 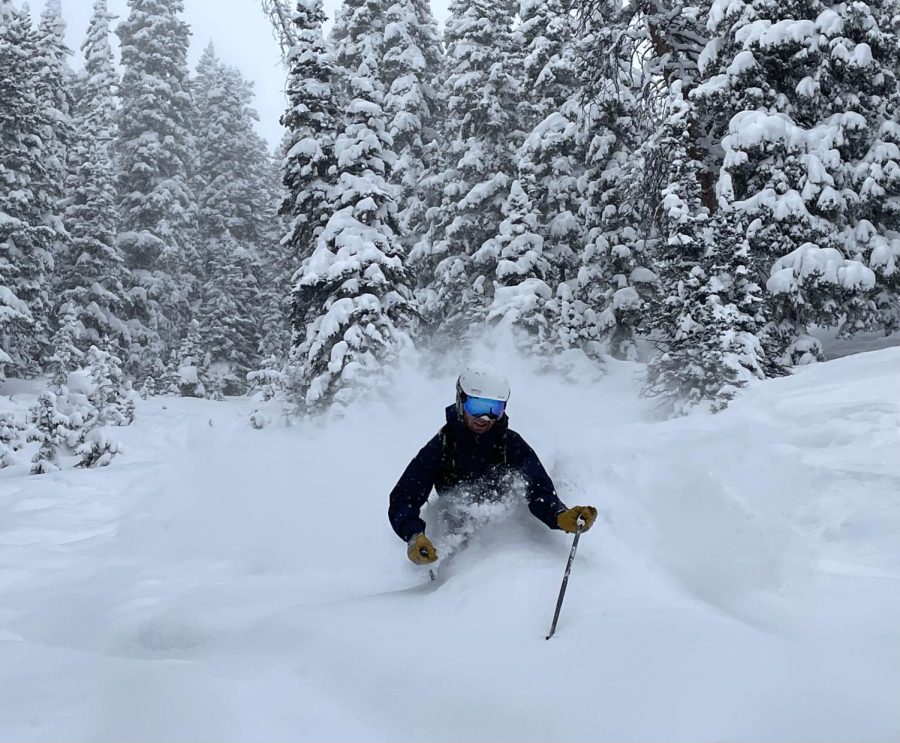 When he's not on campus keeping us safe, Gaynor can often be found on the slopes

Survivor. “It never fails to take you out of this world and go somewhere fun.” Gaynor’s life goal is to end up on the show.

Biking, skiing and hiking. He would also like to pick up piano.

Jacob Gaynor is Sonoma Academy’s very own COVID Coordinator. Gaynor is an SA Alumni from Sebastopol, who found himself back on campus after a few years of self exploration.

After his high school graduation in 2013, Gaynor took a gap year to live in Paris for four months, and also spent some time in Colorado working in a restaurant. He then attended the University of Chicago, where he majored in Geography with a minor in Computer Science. Right after college he went to New York to work in finance for a year, but did not enjoy it, so he moved back to Colorado for two years.

When Gaynor came back to Sonoma County to have surgery after an injury and help his parents move, Sonoma Academy happened to be looking for a COVID Coordinator. Gaynor had gotten his EMT license the summer prior. He did this as an exploration into medicine, but decided that medicine was not his path either, as working around sick and injured people is stressful and traumatic.

Gaynor said, “I expected it to be temporary, but as with all things COVID, it has gone on in perpetuity.” He described his experience of returning to campus as “surreal.” He said, “To be interacting with teachers and other admin on a professional level is something that has taken getting used to. I had a great time as a student and it’s a great place to work.”

Gaynor is currently in the process of applying to law school. He took the LSAT, which Gaynor said has a very similar feel to the SAT. College GPA, transcripts, work experience, and personal writing also matter a lot. Gaynor stated, “It feels a lot like applying to college, for better or worse.” So far, Gaynor has applied to around ten schools, and has already heard back from a few.

When asked about what he likes about law, Gaynor stated, “I need constant intellectual stimulation, and to be pressured to try new stuff and to learn. I also like the idea of having a big impact and being able to make positive change in the world. I don’t think there is any better way than law to do that.”

Gaynor is interested in environmental law, Constitutional law, and bankruptcy law, and said that he “will follow his nose through law school,” to find what field of law he would like to pursue.

“I had rejected the idea of law for a while,” he said. “Part of the reason I took an EMT course was to do an exploration into medicine, which I have ruled out. It has been like a process of elimination for me.” Gaynor’s grandfather, two uncles and aunt are all lawyers. He stated, “It’s been in the family, something I’ve been exposed to and contemplated for a long time.”

At Sonoma Academy, a favorite teacher of Gaynor was Jamie Murray, who was also his advisor. Gaynor recalled liking FA Theater and Economics, along with any class taught by Darren Duarte. Gaynor said that as a math teacher, Duarte brought “ the same energy as he does as Dean of Students and is very willing to meet anyone where they are. He figures out what you need and is super analytical.”

When asked about how SA culture has seemingly changed since Gaynor attended, he said, “It seems to me that most things are more similar than different. For the most part stuff is the same, in a positive way. I think the open and welcoming atmosphere of SA stayed. The culture of exploration and acceptance is what makes SA unique, and I hope that continues.”